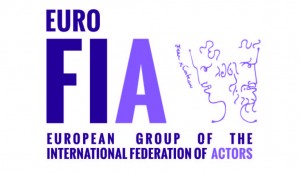 onal Federation of Actors (FIA) is a global federation of performers’ trade unions, guilds and professional associations.Founded in 1952, it represents several hundreds of thousands of performers with some 90 member organisations in more than 60 countries around the world. The “EuroFIA Group” brings together FIA’s member unions in the EU and neighbouring countries of Europe. The EuroFIA unions are those involved in the Creative Skills Europe Initiative.

FIA’s main purpose is to voice the professional interests of actors (in film, television, radio, digital media, theatre and live performance), broadcast professionals, dancers, singers, variety and circus artists and others. Internationally, FIA works on any subject matter that may impact on the working lives of the professionals it represents. It advocates primarily to improve the working conditions and advance the economic and social rights of performers, but equally also to campaign for the value of the cultural and creative sector in which they work.

For more information, go to http://fia-actors.com/